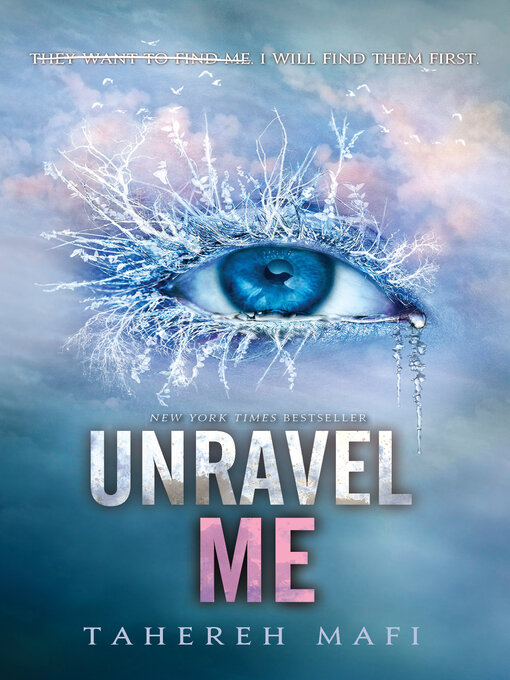 Sample
Unravel Me
Shatter Me Series, Book 2
Shatter Me

The thrilling second installment in New York Times bestselling author Tahereh Mafi's Shatter Me series.It should have taken Juliette a single touch to kill Warner. But his mysterious immunity to her...

The thrilling second installment in New York Times bestselling author Tahereh Mafi's Shatter Me series.It should have taken Juliette a single touch to kill Warner. But his mysterious immunity to her...

Unravel Me
Shatter Me Series, Book 2
Tahereh Mafi
A portion of your purchase goes to support your digital library.