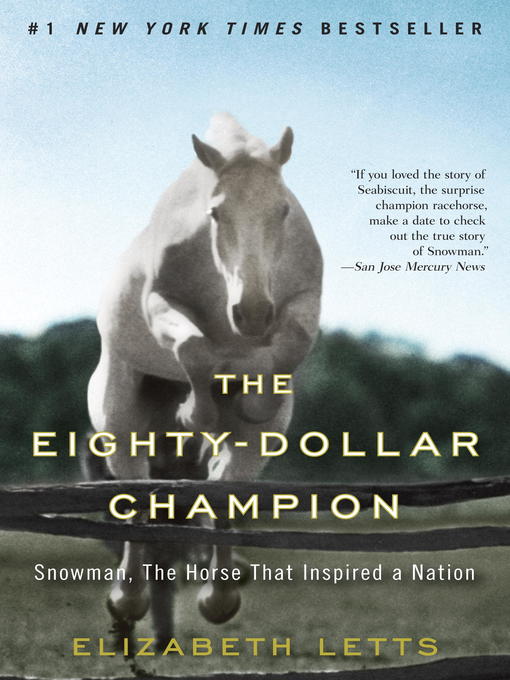 Sample
The Eighty-Dollar Champion
Snowman, The Horse That Inspired a Nation

#1 NEW YORK TIMES BESTSELLER • The dramatic and inspiring story of a man and his horse, an unlikely duo whose rise to stardom in the sport of show jumping captivated the nation...

#1 NEW YORK TIMES BESTSELLER • The dramatic and inspiring story of a man and his horse, an unlikely duo whose rise to stardom in the sport of show jumping captivated the nation... 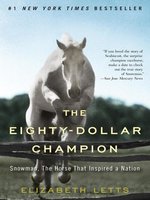 The Eighty-Dollar Champion
Snowman, The Horse That Inspired a Nation
Elizabeth Letts
Privacy Policy
Thank you for your recommendation

The Eighty-Dollar Champion
Snowman, The Horse That Inspired a Nation
Elizabeth Letts

The Eighty-Dollar Champion
Snowman, The Horse That Inspired a Nation
Elizabeth Letts
A portion of your purchase goes to support your digital library.